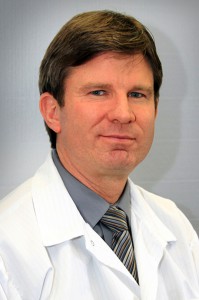 Dr. Ehlen completed his undergraduate degree at BYU in 1981 with a B.S. degree in Zoology. He received his Doctorate of Dental Surgery (DDS) from the University of the Pacific in 1984. Dr. Ehlen completed a one year hospital-based dental residency at the Long Beach VA Medical Center in California. After relocating to the Northwest in 1989, Dr. Ehlen purchased the dental practice of Dr. Robert Aylen and Dr. Robert Stagg, combining them into one practice. In July, 2011, Dr. Ehlen welcomed Dr. Julie Fuller as a full partner in the practice. He is an active member of the American Dental Association, Washington State Dental Association, Pierce County Dental Society, and local study groups.

Dr. Fuller has been in the dental field since 1995. She began her career as a sterilization technician and dental assistant. In June of 2000, Dr. Fuller received her Associates Degree in Dental Hygiene from Pierce College. Dr. Fuller practiced dental hygiene in the South Puget Sound region for nine years. In June 2009, Dr. Fuller received her Doctorate of Dental Surgery (DDS) from the University of Washington where she was recognized by the Academy of Operative Dentistry for Outstanding Achievement. Dr. Fuller has been working with Dr. Ehlen since September 2009 and has become a full partner as of July 2011. She is passionate about dentistry and is an active member of the American Dental Association, Washington State Dental Association, and Pierce County Dental Society.